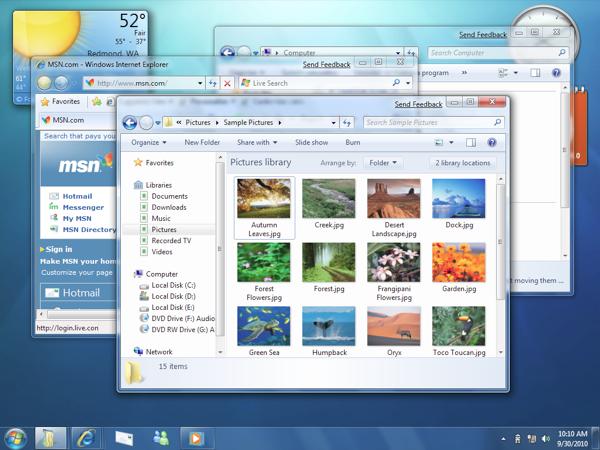 Microsoft's Windows 7 announcement earlier today was followed up by an extensive demo of the new features during the PDC keynote, and since then even more info about the new OS has flooded out, so we thought we'd try to wrap up some of the more important bits here for you. Microsoft seems to have done an impressive job at this early pre-beta stage, folding in next-gen interface ideas like multitouch into the same OS that apparently runs fine on a 1GHz netbook with 1GB of RAM, but we'll see how development goes -- there's still a ways to go. Some notes:
That's just the good bits -- hit the read links for piles of more info and screenshots, and we'll keep our eyes out for anything else interesting. Exciting times!

Read - Keynote videos on the PDC site
Read - Technologizer Windows 7 hands-on
Read - Ars Technica Windows 7 interface walkthrough
Read - Laptop Windows 7 hands-on
Read - Windows 7 Media Center revealed
In this article: breaking news, BreakingNews, microsoft, pdc, pdc 2008, Pdc2008, windows, windows 7, Windows7
All products recommended by Engadget are selected by our editorial team, independent of our parent company. Some of our stories include affiliate links. If you buy something through one of these links, we may earn an affiliate commission.
Share
Tweet
Share