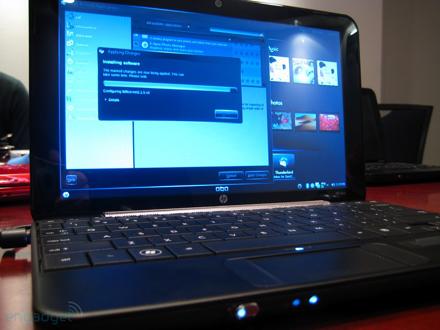 It was really only a matter of time before this here tactic spread from Europe and Asia (and Canada) to the United States, and now it seems the dream is bordering on reality. A Wall Street Journal report has it that HP -- you know, that company that makes the Mini-Note 2133 and Mini 1000 -- is considering bundling its netbooks with wireless cellular data plans in order to boost sales. Theoretically, the machines would be offered up at a steep discount in order to lock consumers into a 2-year mobile broadband plan, though "steep" has yet to be defined. Also, the company hasn't definitively said which carrier(s) will be called upon to be its partner(s), but the article does note that both Verizon Wireless and AT&T are in the cards.

In this article: 3g, att, hp, mini 1000, mini-note, mini-note 2133, Mini-note2133, Mini1000, mobile broadband, mobile internet, MobileBroadband, MobileInternet, netbook, verizon, Verizon Wireless, VerizonWireless, Vivienne Tam, VivienneTam, vzw, wireless bundle, WirelessBundle, wwan
All products recommended by Engadget are selected by our editorial team, independent of our parent company. Some of our stories include affiliate links. If you buy something through one of these links, we may earn an affiliate commission.
Share
Tweet
Share