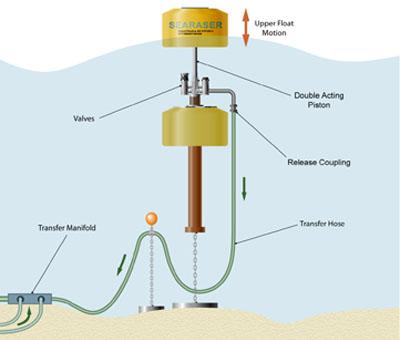 A twist on the idea of the underwater turbine, the Searaser also uses the motion of the ocean to generate power. The device consists of two independent floats that move with the waves, pumping out seawater as they do. The water can then be pumped inland for hydroelectric power, irrigation, or to hilltop reservoirs for later use. One unit should be able to power 470 homes, and a six-month preproduction trial is currently being planned. You know, as quirky energy solutions go, this one doesn't actually seem all that far-fetched. At the very least, it seems better than going Micro-Nuclear.

[Via The Times]
In this article: green, green energy, GreenEnergy, hydroelectric, hydropower, Searaser
All products recommended by Engadget are selected by our editorial team, independent of our parent company. Some of our stories include affiliate links. If you buy something through one of these links, we may earn an affiliate commission.
Share
Tweet
Share