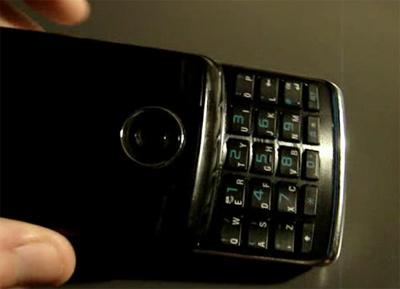 Sony Ericsson sure knows how to toy with the heartstrings -- 'course, one could argue that it's our own fault for delving beneath the surface and learning far too much about a handset that was never assured of a public release, but whatever. The Paris, or P5, or the one that got away has been reviewed in a two-part video series over at UIQ Blog, and while the handset used was indeed a prototype, it's pretty much the most finalized version anyone ever saw. We wouldn't dare spoil anything in case you just can't take anymore positive press about a phone you'll never be able to own, but those with hardened hearts can hit the read link and mash play (twice).

[Via Boy Genius Report]
In this article: edge, gsm, hsdpa, mobile, P5, paris, prototype, review, reviewed, SE, Sony Ericsson, SonyEricsson, uiq, video
All products recommended by Engadget are selected by our editorial team, independent of our parent company. Some of our stories include affiliate links. If you buy something through one of these links, we may earn an affiliate commission.
Share
Tweet
Share