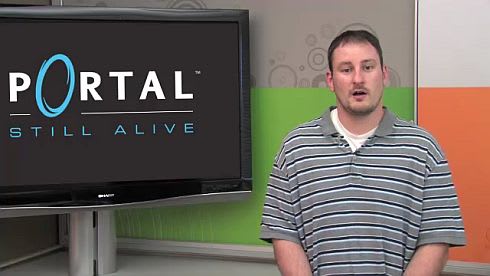 Portal is officially getting a sequel. Gamerscore Blog reveals that Portal: Still Alive will continue the single player story found in the original Orange Box collection, and will add new challenges. The title will be available through Xbox Live Arcade ... although no word on either a PC or PS3 version at this time. Considering the massive popularity of the original, this is a huge win for XBLA. Potential details of the sequel may have been leaked here.

Update: Yup, confirmed. Microsoft has announced that Portal: Still Alive will come to XBLA this fall -- the release will feature new levels and achievements in addition to the original content. No lie, cake or otherwise.
In this article: breakingnews, E3, e3-2008, portal, portal-still-alive, XBLA, Xbox-360
All products recommended by Engadget are selected by our editorial team, independent of our parent company. Some of our stories include affiliate links. If you buy something through one of these links, we may earn an affiliate commission.
Share
Tweet
Share
Save