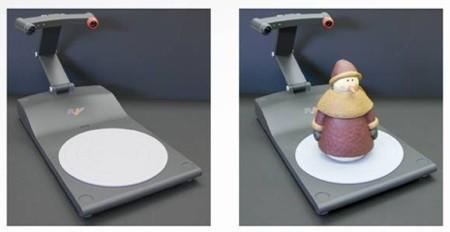 We don't see too many 3D scanners 'round these parts, so we'll be excited to hit RealView 3D's booth at CES and see what all the fuss is about. The RealView 360? 3D Desktop Scanner is being billed as the world's first desktop scanner capable of capturing objects in their full 360? topographic glory, suitable for scanning mugs, model space ships, D&D figurines, and whatever else fits on its base. There are three models available: RealView 360 3D (the plain ol' VGA scanner), RealView 360 3D HD (for that hi-def resolution you crave) and RealView 360 HD Commercial (for large format scans and kiosks). Beyond that, we'll just have to wait for CES 2009 to open its doors. Soon.
In this article: 3d, 3d scanner, 3dScanner, ces, ces 2009, Ces2009, ces2009breaking, RealView, RealView 3d, RealView 3d scanner, Realview3d, Realview3dScanner
All products recommended by Engadget are selected by our editorial team, independent of our parent company. Some of our stories include affiliate links. If you buy something through one of these links, we may earn an affiliate commission.
Share
Tweet
Share