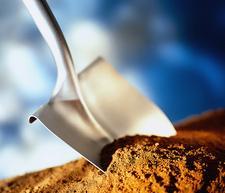 2K Games Global President Christoph Hartmann doesn't see 2009 as a great year for casual publishers. He sees the console flooded in a flurry of casual games, what he dubs "crappy titles." He thinks that for every ten casual titles produced, publishers expect two to be hits, financing the other eight. The problem is that all of those titles flood the market, making it tougher for casual games to prosper and only servies to confuse consumers.

He points to his own 2K-published Carnival Games as an example. "Had we released it last week, it would have been much tougher," he says. "There's far too much stuff in the Wii market [now] and it's hard to shine."

Regardless of a game's focus, we've always been big advocates of fun. If a game is only a collection of minigames, it's fine so long as they're fun to play. We think even pushing for that ten can mean that more than two are engaging and not "crappy," as he puts it. What do you all think? Too many casual games out there?

In this article: 2k, business, carnival-games, casual, sales, salesfigures, shovelware
All products recommended by Engadget are selected by our editorial team, independent of our parent company. Some of our stories include affiliate links. If you buy something through one of these links, we may earn an affiliate commission.
Share
Tweet
Share