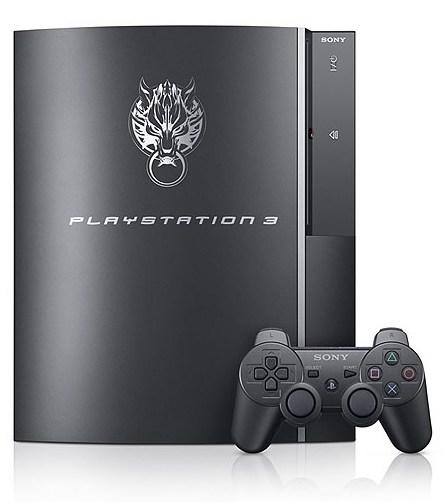 Like some greedy vampire that just won't rest, Final Fantasy VII keeps coming back again and again to suck the contents out of your wallets. Its latest incarnation is a re-release of Advent Children, and Sony's getting in on the game with yet another special edition console to celebrate it. The upgraded movie is said to boast 30 more minutes of gratuitous high-res animation action while the new PS3 features a 160GB HDD and a matte "Cloud Black" paint job with Cloud's Strike Strife Wolf emblem engraved (or at least appliqued) on top. The bundle with the movie (including a demo of Final Fantasy XIII) will sell for about $550 in Japan when it releases next month -- naturally there was no mention of a US release.