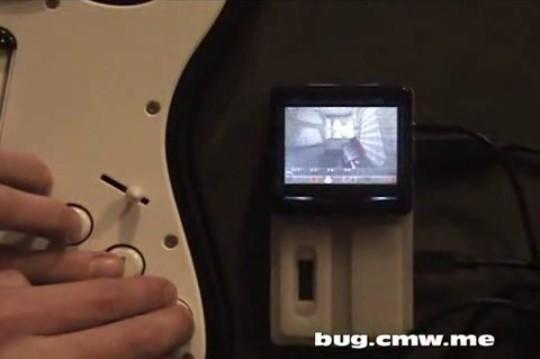 The folks from Bug Labs certainly represented themselves well enough at CES with a slew of new BUGModules, but we're guessing they would have attracted even more attention if they would have had this perennial favorite on hand. If you can't quite make it out, that's Quake running (rather well, we might add) on the BUG and, yes, it is indeed being controlled by a Rock Band guitar thanks to the newly developed Xpad driver, which should work equally well with a standard Xbox 360 controller if you're a little less ambitious. Head on past the break to check it out in action, and hit up the link below for all the necessary details.

In this article: bug, bug labs, BugLabs, bugmodule, quake
All products recommended by Engadget are selected by our editorial team, independent of our parent company. Some of our stories include affiliate links. If you buy something through one of these links, we may earn an affiliate commission.
Share
Tweet
Share