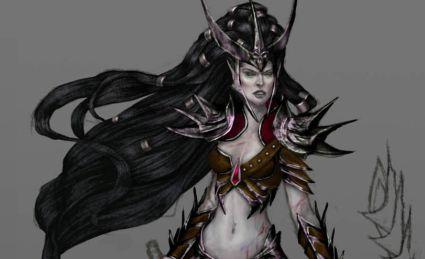 Just a week after the announcement of the ambitious Call to Arms expansion for Warhammer Online, the first in a series of live events drops onto the game servers. Today sees the release of the 1.1.1 patch to WAR, bringing with it the sinister Night of Murder Valentine's Day event. This macabre outing (traditionally associated with the Witch Elf class) will give a poisonous new meaning to this traditionally saccharine-sweet holiday. Check out a snippet from our interview with Mythic's Jeff Hickman to get a sense of what you'll be doing for the next week.

Other features of the 1.1.1 patch include the addition of new flight points throughout the game world, brand new quests from Keep Lords, and the launch of Warhammer Online in Russia. The Open RvR changes in particular are outstanding, continuing to build on the influence system the company put in with the last few patches. Full patch details are available on the Warhammer Herald site.
In this article: breaking, call-to-arms, in-game-event, mythic-entertainment, night-of-murder, war, war-patch-1.1, war-patch-1.1.1, warhammer-online
All products recommended by Engadget are selected by our editorial team, independent of our parent company. Some of our stories include affiliate links. If you buy something through one of these links, we may earn an affiliate commission.
Share
Tweet
Share