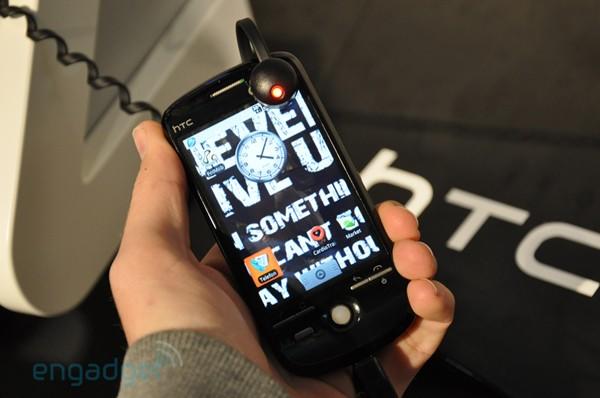 Make no mistake, the all-black HTC Magic is for real. Separated here at CeBIT from its glistening white counterpart by an equally white G1, this near-final Magic looked just stellar in its glossy dark coat. We chatted it up with an on-hand representative who confirmed that the handsets on display weren't absolutely finalized, and that when launched exclusively on Vodafone in Europe (you read that correctly), the Voda logo would be proudly plastered on. He stated that there were no immediate plans for selling an unlocked one in Europe or abroad, but that's just the standard line given when a carrier has yet to get their special toy. He also affirmed that HTC "believed deeply" in Android, and that the world at large would be seeing a lot more where this came from in the near future. Have a look at what these lucky Europeans will soon have access to in the gallery below.

52
In this article: Android, black magic, BlackMagic, breaking news, BreakingNews, cebit, cebit 2009, Cebit2009, europe, features, g2, google, HTC, magic, sapphire, smartphone
All products recommended by Engadget are selected by our editorial team, independent of our parent company. Some of our stories include affiliate links. If you buy something through one of these links, we may earn an affiliate commission.
Share
Tweet
Share