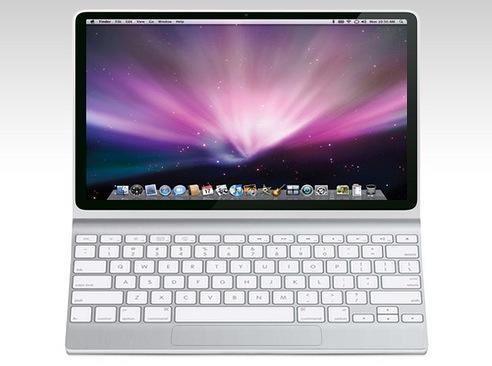 Boom: Apple netbook in Q3 -- that's the rumor being spread by the Commercial Times / DigiTimes tag-team of electronics tattlers. Apparently, Wintek will supply the touch-panels to Quanta computer who'll be tasked with assembling Apple's netbook. Take this one with a grain of salt though -- while these two Taiwan-based magazines tend to be accurate with insider info related to Taiwan-based companies like Acer and ASUS, they can often be wide of the mark with rumors related to foreign companies. Unless of course we missed the launch of the Blu-ray Xbox 360 and G5 PowerBooks.

[Image courtesy of Frunny]
In this article: apple, apple netbook, AppleNetbook, breaking news, BreakingNews, commercial times, CommercialTimes, digitimes, netbook, rumor, tablet
All products recommended by Engadget are selected by our editorial team, independent of our parent company. Some of our stories include affiliate links. If you buy something through one of these links, we may earn an affiliate commission.
Share
Tweet
Share