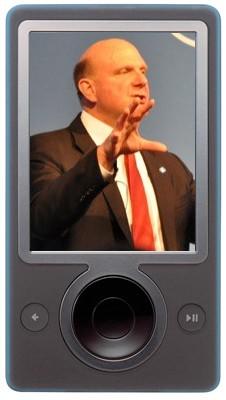 Fear not, Zune lovers, your beloved media player isn't going anywhere just yet. Interviewed at the McGraw-Hill media conference, Microsoft's head honcho Steve Ballmer said that the hardware will continue to improve, but reaffirmed that its future may be as software / ecosystem found on other devices. "I won't say full steam ahead because that implies acceleration of investment," he said, "but we're going to sustain our investment." It's unclear from the transcription -- much of it paraphrased by The Wall Street Journal -- whether or not Ballmer had given any indication as to the future of the hardware itself. Of course, should one of those mentioned hardware improvements managed to take a notable bite out of Apple's iPod business, we reckon those investments will see an uptick. We've already heard that the service would find its way on non-Zune devices sometime this year, but mum's still the word on any details thereof.
In this article: ballmer, mcgraw hill, mcgraw-hill, McgrawHill, microsoft, pmp, portable audio, portable video, portableaudio, portablevideo, steve ballmer, SteveBallmer, zune, zune software, ZuneSoftware
All products recommended by Engadget are selected by our editorial team, independent of our parent company. Some of our stories include affiliate links. If you buy something through one of these links, we may earn an affiliate commission.
Share
Tweet
Share