Windows Phone Kodak Pic Flick app pushes photos to printers -- as long as you have version 7.5 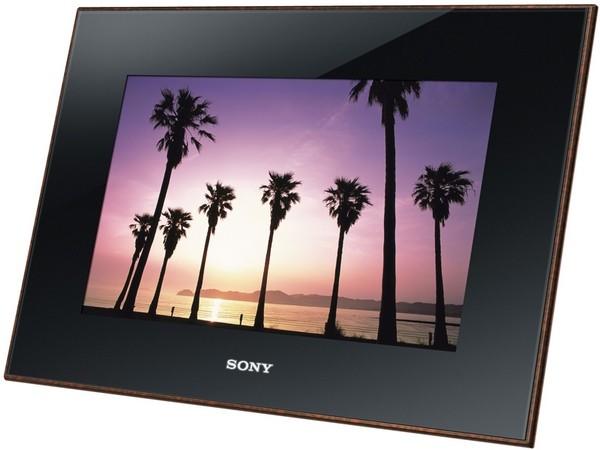 About a year ago Sony dropped three new frames on us of various sizes, each using a 15:9 aspect ratio that, to put it mildly, hasn't exactly captured the LCD market by storm. They're still at it, showing off four oddly ratio'd models, starting with the 10-inch, 1024 x 600 DPF-X1000 that we've seen before, and the new 8-inch, 800 x 480 DPF-800, both utilizing TruBlack technology to boost contrast ratios and decrease glare. These frames can turn themselves on or off on a schedule to save power, can pull pictures wirelessly with optional Bluetooth adapters, sport HDMI output, and have BIONZ processors so that you can remove creepy redeye right from the frame. The 7-inch DPF-D72 loses the fancy processing, the TruBlack coating, and drops the resolution to 800 x 480. Finally, the stripper 7-inch DPF-A72 model has a lowly 480 x 234 resolution and ditches nearly all the features of its forbearers. It is, however, the cheapest, expected to come in under ¥10,000 ($100), while the D72 will be around ¥20,000 ($200), the X800 around ¥30,000 ($300), and the range-topping X1000 at ¥40,000 ($400, if you haven't figured out the conversion by now). All should hit tidy Japanese bookshelves late next month.

In this article: digital frame, DigitalFrame, dpf-x1000, frame, photo frame, PhotoFrame, sony
All products recommended by Engadget are selected by our editorial team, independent of our parent company. Some of our stories include affiliate links. If you buy something through one of these links, we may earn an affiliate commission.
Share
Tweet
Share