Latest in Acer aspire one

Acer Aspire One D270 netbook up for pre-order 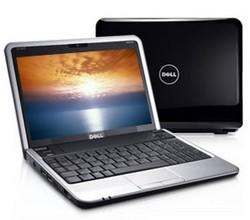 We'd already had some indication that Dell's Mini 9 and Mini 12 netbooks were headed to AT&T stores, and it now looks like those and a few more are now finally available from the carrier -- in Atlanta and Philadelphia, at least. From the looks of it, Atlanta is the real test bed for the trial, with customers there now able to snag netbooks with built-in 3G at prices "starting at $49.99," assuming they also sign up for AT&T's "Internet at Home and On the Go" broadband bundle, of course, which itself starts at $60 a month for a 200 MB per month mobile data plan and basic DSL service. AT&T only goes so far as to say that it's offering "similar mini laptop promotional rates" at eight AT&T stores in the Philadelphia area. In addition to the Dell netbooks, you can also choose from an Acer Aspire One or the little known LG Xenia (apparently an MSI Wind rebadge), or even a full-fledged Lenovo X200 ultraportable, although the latter will set you back between $750 and $850 depending on your choice of plan.

Update: According to AT&T, that "similar" pricing for Philly actually starts at $99, with the premium apparently resulting from its lack of residential DSL in the area.

In this article: acer aspire one, AcerAspireOne, att, dell mini 12, dell mini 9, DellMini12, DellMini9, lg xenia, LgXenia, mini 12, mini 9, Mini12, Mini9
All products recommended by Engadget are selected by our editorial team, independent of our parent company. Some of our stories include affiliate links. If you buy something through one of these links, we may earn an affiliate commission.
Share
Tweet
Share