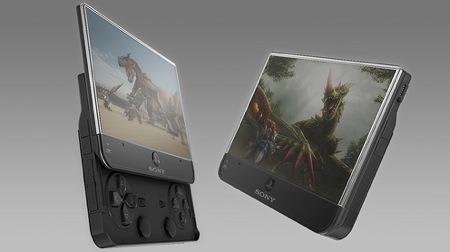 Not that we needed much more evidence that 2009 would be the year 'o PSP rumors, but Pocket Gamer is now reporting that it has heard from an "insider source" who says that the PSP2 will indeed be released before Christmas of this year. That source, who's supposedly a "developer working on the new hardware," also backs up some of the earlier rumors about the design of the device itself, saying that it will be more like the iPhone than the current PSP, and that it will boast a sliding touchscreen that conceals the buttons and dual analog controls when it's closed. Not much more than that, unfortunately, but who know's what next week's rumor will bring? We're personally hoping for a surprise Atari Lynx rebirth to really shake things up.
In this article: playstation portable, PlaystationPortable, psp, psp 4000, psp-4000, psp2, Psp4000, sony
All products recommended by Engadget are selected by our editorial team, independent of our parent company. Some of our stories include affiliate links. If you buy something through one of these links, we may earn an affiliate commission.
Share
Tweet
Share