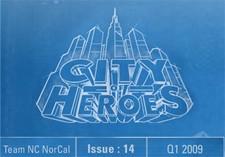 The time that many people have been waiting for has finally come! Issue 14: Architect has finally released to the live City of Heroes and City of Villains servers for players to enjoy. This new addition to the City of lineup adds in the ability for players to create their own content, including missions and full story arcs. Ever thought to yourself that your boss/teacher was an evil cyborg sent to bore the world to death? Now with the Architect mission creator, you can recreate them in-game and conquer them before they put Paragon City into a state of eternal power-nap!

Brian Clayton, general manager and Executive Producer for City of Heroes/Villains said "We are very excited for City of Heroes to be the first-ever MMO to offer this revolutionary new system to our players. Within two weeks of opening the beta version of Mission Architect to our community, players published an astounding 5,000 custom stories, representing up to 25,000 user-created missions. Such a steady in-flux [sic] of fresh content offers the capacity for endless adventures to City of Heroes subscribers." If you're curious about this nifty new system implemented into City of Heroes, be sure to check behind the break for the hot, fresh launch video.

In this article: architect, city-of-heroes, city-of-villains, coh, cov, issue-14, ncsoft
All products recommended by Engadget are selected by our editorial team, independent of our parent company. Some of our stories include affiliate links. If you buy something through one of these links, we may earn an affiliate commission.
Share
Tweet
Share