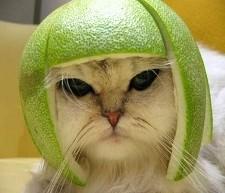 Welcome back to The Queue, WoW Insider's daily Q&A column where the WoW Insider team answers your questions about the World of Warcraft. Alex Ziebart will be your host today.

Today's edition of The Queue will be pretty short and sweet. Many of the questions that were asked yesterday have since been answered in other places around the site, so I just went ahead and skimmed over those ones
to answer what hasn't been addressed already. Ready? Set? Let's go!

"I may be wrong but it seems to me of all the in-game non-combat pets, there are no dogs but plenty of cats. What's with the lack of dogs? My mage wants a puppy."

You know, I can't ever recall seeing any dogs in Warcraft at all. The closest thing to dogs being kept as pets that we've witnessed are all wolves, worgs, or coyotes. We even get worg, wolf and coyote non-combat pets ourselves (not just NPCs), but nothing that's modeled like a domesticated dog. Maybe cats are easier to model somehow? Or the Blizzard devs are all cat people. I'm pretty okay with that. Cats > Dogs.

"So I was looking at Wowwiki at all the Ulduar bosses and found a couple of names that seem familiar such as Freya (who has an avatar in Sholazar Basin). That one didn't really bug me as much as Hodir. I mean, shouldn't his sons be a little upset that we go around trying to beat him up in Ulduar? Or are his "sons" against him?"

"Whatever happened to being able to confirm/save talent specs before finishing them? I know this was a nice feature I was looking forward to in 3.1"

This is in patch 3.1, but you need to turn the feature on. It's off by default. Go into your main menu, open up the Interface menu, then click Display. The option for it should be in that panel.

Have questions about the World of Warcraft? The WoW Insider crew is here with The Queue, our daily Q&A column! Leave your questions in the comments and we'll do our best to answer 'em!
In this article: cats, cats-are-better-than-dogs, coyote, dogs, freya, hodir, lordaeron, patch-3.1, plaguelands, sons-of-hodir, ulduar, wolf, wolves, worg, worgs, yogg-saron
All products recommended by Engadget are selected by our editorial team, independent of our parent company. Some of our stories include affiliate links. If you buy something through one of these links, we may earn an affiliate commission.
Share
Tweet
Share