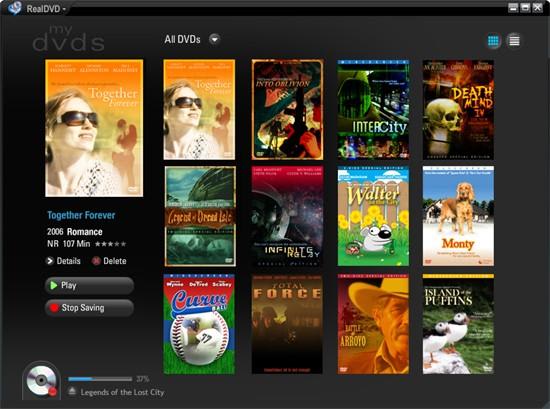 Let's face it -- quite a lot is resting on the outcome of this case. For months now, RealNetworks has been unable to legally sell its RealDVD movie ripping software after a court issued a temporary restraining order that remains valid until it's decided if the application violates the DMCA (Digital Millennium Copyright Act). Now, the software is finally having its day in court, and the outcome could shape the future of the DVD player (for better or worse). You see, Real has already assembled a prototype Facet device that hums along on Linux; essentially, this DVD playing machine would sell for around $300 and could store up to 70 movies internally. On the surface, this sounds entirely like a poor man's Kaleidescape, but only time will tell if The Man agrees. Cross your fingers folks, we get the feeling fair use advocates are going to need the luck.
In this article: copyright, court, css, dmca, drm, dvd, facet, fair use, FairUse, hollywood, illegal, mpaa, piracy, real, real dvd, real networks, RealDVD, RealNetworks, riaa, rip, ripping, studio, trial
All products recommended by Engadget are selected by our editorial team, independent of our parent company. Some of our stories include affiliate links. If you buy something through one of these links, we may earn an affiliate commission.
Share
Tweet
Share