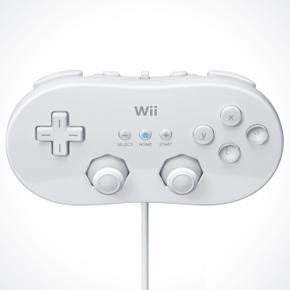 Space Harrier (Arcade, 1 player, 800 Wii Points)
We say: Way superior to the Sega Genesis port; fun on-rails shmup
Virtual Console-savvy readers likely remember this video for Space Harrier. Well, that's the bunk Sega Master System version (fun as it may be), and this week, the real deal arcade version arrives. It's superior in just about every way to the Sega Master System version already on the service (including price, sadly). So, if you're going to drop that $8 you earned from mowing lawns and shaving pets on Space Harrier, make sure it's the superior arcade version here.

Every week, we like to check out what's new on the Virtual Console. We offer these videos as a sort of taste to help you decide whether or not you would want the game in question. We also toss in our own two cents because we're pushy jerks.
In this article: arcade, sega, space-harrier, vc-arcade, vc-in-brief, virtual-console
All products recommended by Engadget are selected by our editorial team, independent of our parent company. Some of our stories include affiliate links. If you buy something through one of these links, we may earn an affiliate commission.
Share
Tweet
Share