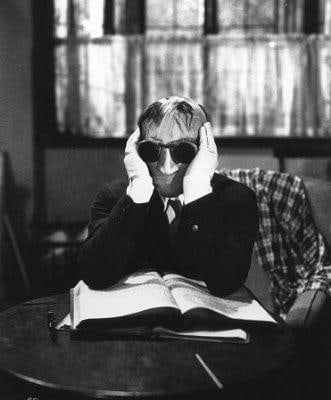 The ever-evolving tale of the invisibility cloak makes us want to hang our heads in our hands sometimes, so fraught with frustrations does it seem. Well, another chapter's been added to the tome: researchers at the Hong Kong University of Science and Technology have devised a way to extend the invisibility principle, allowing an illusion to sit in place of the invisible object. So, say you wanted to use an invisibility cloak to mask the presence of your bottle of beer on the table, the new concept -- or 'shroud of lies' as we call it -- would enable you to make it appear that there was a glass of water sitting there, in place of the beer. So how does that work, exactly? Normal, every day invisibility cloaks bend light around a central cavity, whereas the team has now worked out mathematical rules for bending light in other ways, allowing a material to be designed to bend light in the exact way a spoon would, so that the light hitting the material would distort, making it look like a spoon was there. Theoretically, all of this is rather simple and quite sound, though it turns out that there are numberless mechanical obstacles standing in the way of producing such devices. The new illusion-producing device would have to be capable of working without interfering with the invisibility cloak itself (which, if you recall, also can't properly be said to exist). There's no word on when any of this will ever come to fruition of course, but we remain always hopeful.
In this article: hong kong, hong kong university of science and technology, HongKong, HongKongUniversityOfScienceAndTechnology, illusion, illusions, invisibility, invisibility cloak, InvisibilityCloak, invisible
All products recommended by Engadget are selected by our editorial team, independent of our parent company. Some of our stories include affiliate links. If you buy something through one of these links, we may earn an affiliate commission.
Share
Tweet
Share