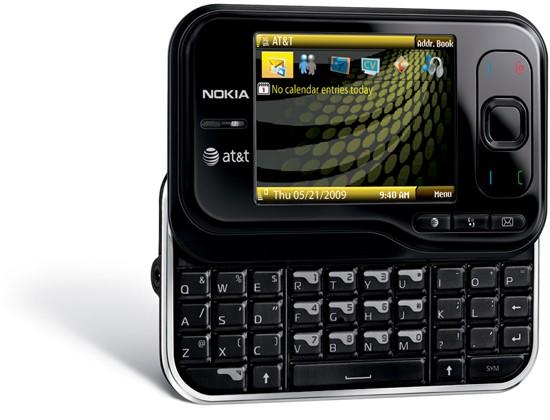 The old adage goes "be careful what you wish for; you just might get it." After years of bellyaching (we're as guilty of it as anyone) that Nokia was giving Europe first dibs on its hottest handsets over North America, we're now seeing perhaps the most dramatic, positive shift in North American strategy in the company's history -- in fact, they're straight-up saying that they want to push all the way to number 1 in the local market. But is it enough of a shift to fend off aggressive moves from Samsung, LG, Apple, and the rest of the gang across every conceivable market segment?

Nokia's product portfolio manager for the region, Ira Frimere, sat down with Computerworld recently to discuss the renewed push, admitting that the company has had to rethink some fundamental things about its products and its business model to help its cause in the States; one small example is the fact that the Surge is launching without the typical four-digit model number or Nseries / Eseries code that is found on virtually every Nokia sold worldwide, ostensibly because Americans apparently prefer names to numbers (it'll launch as the Surge 6790 internationally, it turns out). Additionally, the company has dedicated a facility in San Diego to working with its North American carrier partners -- AT&T and Verizon, most prominently. It's still early on, but the labor there seems to already be bearing fruit, considering that AT&T will be stocking three S60 devices once the Surge launches -- a record -- and Verizon's rumored to have some interesting stuff in the pipeline.

Frimere adds that Nokia believes services are key to winning American hearts and minds, an area the company has been putting extensive R&D into lately with its Ovi line (unfortunately, so is everyone else -- and getting to iTunes and App Store-level acceptance with Nokia Music and the Ovi Store is going to be an uphill battle, to say the least). Ultimately, the conclusion seems to be Nokia's reluctant admittance that breaking into the US market requires a willingness to give carriers far, far more respect than they deserve by bending and breaking to their somewhat odd demands -- and that's going to be an ongoing problem for consumers, whether you're a Nokia fan or not.

In this article: att, mobile, nokia, surge, us, verizon, verizon wireless, VerizonWireless, vzw
All products recommended by Engadget are selected by our editorial team, independent of our parent company. Some of our stories include affiliate links. If you buy something through one of these links, we may earn an affiliate commission.
Share
Tweet
Share