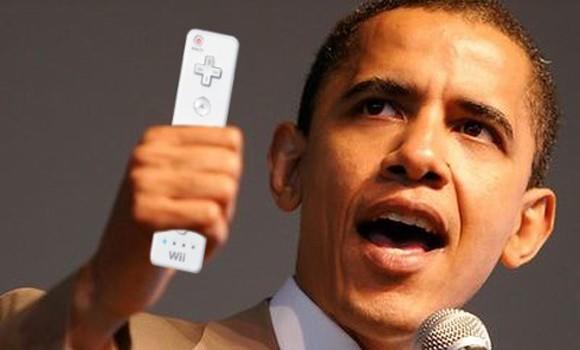 Video games are totally cool, right? The Entertainment Consumers Association thinks so, and wants you to let the US President know how you feel about video games and their effect on your life, via an email form on its website. Specifically, the folks at the ECA want you to "point out some ways that video games have empowered and educated you." Like that time you were empowered by GTA IV to rob someone, right? (That's a joke, Mr. Thompson.) The political lobbying group is of course responding to the continuing message from President Obama during speeches to "put the video games away."

While we're sure Mr. President would love to read all about how World of Warcraft taught you about time (mis)management or how Drop7 makes you see things in groups of seven or less everywhere you go (is that just us?), we're thinking the "intellectual stimulation" and "problem solving" routes might be a bit more advantageous.

[Thanks, Jack!]
In this article: barack-obama, drop7, eca, entertainment-consumers-association, gta-iv, halo, jack-thompson, world-of-warcraft
All products recommended by Engadget are selected by our editorial team, independent of our parent company. Some of our stories include affiliate links. If you buy something through one of these links, we may earn an affiliate commission.
Share
Tweet
Share