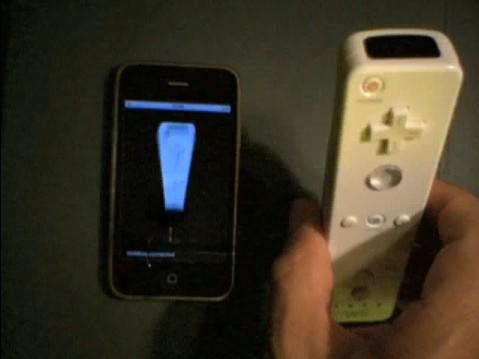 It's been a long time going, but it looks like the invisible divide between the iPhone and the Wii remote has finally been bridged through the magic of Bluetooth. That was apparently made possible thanks to the portable Bluetooth stack from the BTStack project, which got paired with some custom OpenGL-ES code to allow the Wiimote to control a virtual representation of itself on the iPhone. Practical? Of course not. But it's a Wiimote controlling an iPhone. Video after the break.

[Via MAKE]
In this article: apple, bluetooth, hack, hacks, iphone, mod, mods, nintendo, wii remote, wiimote, WiiRemote
All products recommended by Engadget are selected by our editorial team, independent of our parent company. Some of our stories include affiliate links. If you buy something through one of these links, we may earn an affiliate commission.
Share
Tweet
Share