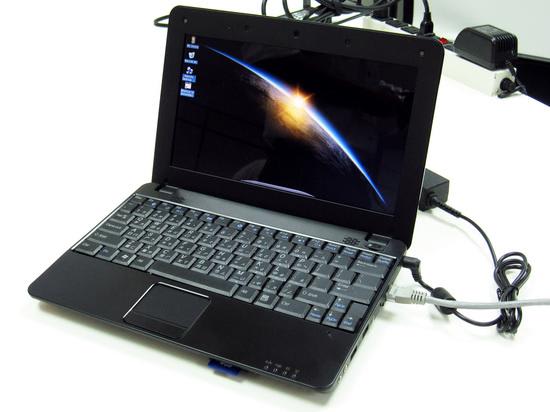 Unlike Mobinnova's slightly "edgier" take on the "smartbook," Inventec's new Rainbow device is decidedly more netbook-ey in the looks department. Specs are nothing new, of course, with an NVIDIA Tegra 600 chip, 256MB of RAM, 256MB of flash memory, 10-inch 1024 x 576 screen and Windows CE 6.0 (which has been outfitted with Firefox for the occasion, along with other NVIDIA-prepped apps). We're happy to see an edge to edge keyboard here, and despite the low-end specs, it's still nice to know this little number will be capable of nabbing 3G data (HSPA or EV-DO), GPS and DTV. Rainbow can purportedly handle 6 hours of continuous 720p playback, stream video over 3G for 4 hours, and is rated at a rather silly 240 hours of "standby." We're not exactly sure when the Rainbow is supposed to start shipping, but if none of this is striking your fancy, there's always Rainbow 2, which is supposed to hit in the first half of next year.

In this article: in the wild, InTheWild, inventec, inventec rainbow, InventecRainbow, nvidia, rainbow, rainbow 2, Rainbow2, smartbook, tegra, tegra 600, Tegra600
All products recommended by Engadget are selected by our editorial team, independent of our parent company. Some of our stories include affiliate links. If you buy something through one of these links, we may earn an affiliate commission.
Share
Tweet
Share