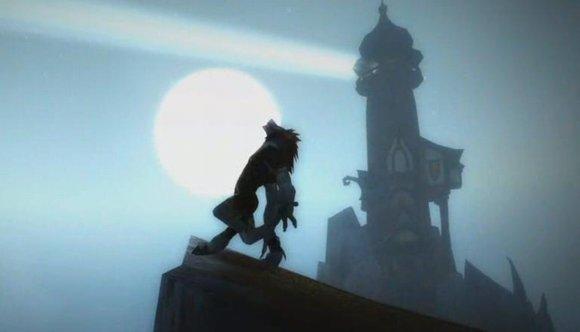 Welcome to Know your Lore, where we bring the story behind the people, places, and cultures of Azeroth.
The Worgen are coming. We now know for sure that, come Deathwing's Cataclysm, The Worgen of Gilneas will be answering the call of the Alliance. The Worgen, while they have quickly become a classic, iconic race in Warcraft lore, actually only came onto the scene in WoW itself, providing an enemy to Horde and Alliance alike in Silverpine Forest, Duskwood, and Ashenvale. But who are they, and what bought them to this place where they will become one of the next playable races of the World of Warcraft before other choices?

To know how this all begins, the first place to look is The Book of Ur. This Book, written by Ur, a Mage of Dalaran, eventually found its way into the personal library of the Archmage Arugal. It describes the origin of the Worgen.

The Worgen, Ur reports, are from another dimension. They are savage, beastly race who leave "terror and bloodshed" in their wake. They are also reported to be powerful mages in their own right, who use dark shadow magics. Luckily, they seem content to stay in their own world, and have not tried to invade others, for such, Ur insists, would be a catastrophe.

How then, did they get to our world? For the answer to that question, I'm going to direct you to a previous installment of Know Your Lore, Alex Ziebart's treatise on the Scythe of Elune. Go ahead, click here to read it. I'll wait for you. You'll seriously want to.

So, as you can see, once again, the Night Elves messed stuff up. While it's certainly possible that Elune sent the Worgen like she sent the Moonkin, it would seem to clash with Ur's description of a savage and sadistic race, and the aggression of pretty much all current Worgen in game. It's my general opinion that the Scythe of Elune came from someone looking to sew discord, possibly an agent of an Old God, and Velinde just assumed it came from Elune.

But that's neither here nor there. Now that we know where Worgen come from and how they came to Kalimdor and later Duskwood because of Velinde and her Scythe, it's time to move on. There was one other person who figured out how to summon Worgen to our world.

Arugal was an Archmage of Dalaran, and by some indications, he may have had good intentions -- the defense of his beloved Gilneas -- when he first used Ur's research to summon the Worgen to our world, looking for a weapon to fight the Scourge. But the Worgen proved savage and vile, and escaping Arugal's control, they went on a rampage, eventually slaughtering Baron Silverlaine of Shadowfang Keep and his entire court.

Arugal, driven mad with grief, decided to adopt the Worgen as his children and rule over the countryside with an Iron Fist. This is where things get a bit murky. Apparently, in addition to his summoned extra-dimensional Worgen, he decided to make some of his own, homegrown. He devised a curse that would turn human beings into Worgen by night. With this curse, he turned the whole village of Pyrewood. The Villagers were in their right minds during the day, even conducting business with passing Alliance, but at night, they turned into savage mindless Worgen under the thrall of Arugal.

Eventually, a group of Horde beheaded Arugal and by all indications ended the Worgen menace, but the story does not end there.

The Wolf Cult of Grizzly Hills.

By the order of the Lich King, the Darkfallen recovered Arugal's body some time after his death and resurrected the Archmage as a ghost. Arugal then traveled to Grizzly Hills, where he began to recreate his happy little family. In this case, he preyed upon the native Human trapping communities of Grizzly Hills. He apparently managed to coerce many of them to join his Wolfcult, turning them into his brand of shape shifting Worgen Werewolves. Those who resisted seem to have mostly been killed or turned into undead, but it does appear that even the unwilling could be turned into loyal Worgen with the application of a bite. It is also worth noting that these "Wolf Cult" members can turn into Worgen at will, not needing to wait for the nightfall.

Another interesting point comes in a certain package that the Horde steals from the members of the Wolf Cult, and the Alliance recovers and returns to the Wolf Cult members, thinking they are still normal humans and wishing to ally with them. It is strongly implied that the package contains the Scythe of Elune. Whether Arugal recovered from the mine in Duskwood before his death, or whether some of the Worgen of Duskwood took it and somehow migrated north to Grizzly Hills, is unknown.

So as of this writing, we can essentially consider Arugal dead again and the Scythe of Elune missing again. But what about playable Worgen? How do you get playable Alliance Worgen from an extra-dimensional race of bloodthirsty necromantic Worgen and a cult of fanatic shape shifters?

We are told our Worgen come from Gilneas. The city hidden behind a wall has been a source of mystery for many years. It's no surprise that Gilneas kept to itself, per se, it's a notorious insular nation that only reluctantly joined the Alliance in the second war. But the silence was so complete that many, such as Brann Bronzebeard, feared that Gilneas might be dead, perhaps overtaken by Naga or wiped out by plague.

But it's not too far fetched to believe that Arugal might have gotten through the gates and cursed the population. After all, Shadowfang Keep is just a short jaunt away from the gates of Gilneas, and a powerful Archmage should be able to scale or bypass a simple stone wall.

But how do they break free of the curse and decide to rejoin the Alliance? The answer may lie with one Alphus Wordwill. Alphus is a character who receives a passing mention in the World of Warcraft PnP RPG books. He is a Dalaran Mage studying the Worgen Curse on the people of Pyrewood. He writes that, given time and funding, he could possibly discover a cure that would cure the madness and bloodthirst that the transformation brings, but leave the transformation ability itself intact, allowing the Worgen to use their skills to fight "the Forsaken, the Scourge, and other evil powers."

Of course, the d20 book, while technically canon, is often ignored or overruled by in-game lore, but even if poor Alphus doesn't get his day in the sun, his theories at least offer a precedent for the idea of shape shifted Worgen

So here's the rundown on Worgen. There's essentially two kinds. One is a race from another planet or dimension. By all accounts, they are evil and bloodthirsty. They can be summoned to our world, and at least two people have done it: Velinde Starsong and the Archmage Arugal.

The artifact Velinde Starsong used to summon them, which she dubbed the Scythe of Elune, is currently missing after having been lost by her in Duskwood. It may have popped up again in Grizzly Hills, but that cannot be confirmed for certain, and either way, it is lost again.

The other group of Worgen are the Worgen Shape shifters, Humans who have been afflicted by the Worgen Curse formulated by Arugal. These Humans are taken by bloodlust when transformed, serving their dark master sometimes against their human will.

Playable Worgen are the latter. Cured of their mindlessness, but left with the ability to shift into Worgen, the people of Gilneas now join the Alliance to honor old ties and band together for survival. But did their years of slavery to the bloodthirst of the Worgen change them in ways that go more than skin deep? Only time will tell.