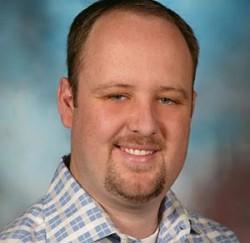 Hey, our main dudes over at Joystiq sat down with Xbox's Aaron Greenberg recently, and there are some great bits of info in the interview. Aaron says the big Xbox price cut has been planned for months, so it's "just a coincidence" that it happened right on top of the PS3 Slim -- and he also says he's an avid Joystiq reader, so if Redmond had wanted to get the jump on Sony, they'd have been prepared. Other nuggets: the $99 WiFi adapter isn't coming down in price, the Netflix relationship is going well, and getting Hulu or Amazon Unbox on the 360 is like "asking out a really hot chick on a date, they don't all say yes." Yeah, it's a pretty great interview -- hit the read link for the whole thing.

In this article: 360, 360 elite, 360Elite, aaron greenberg, AaronGreenberg, amazon unbox, AmazonUnbox, elite, hulu, interview, microsoft, netflix, xbox, xbox 360, xbox 360 elite, Xbox360, Xbox360Elite
All products recommended by Engadget are selected by our editorial team, independent of our parent company. Some of our stories include affiliate links. If you buy something through one of these links, we may earn an affiliate commission.
Share
Tweet
Share