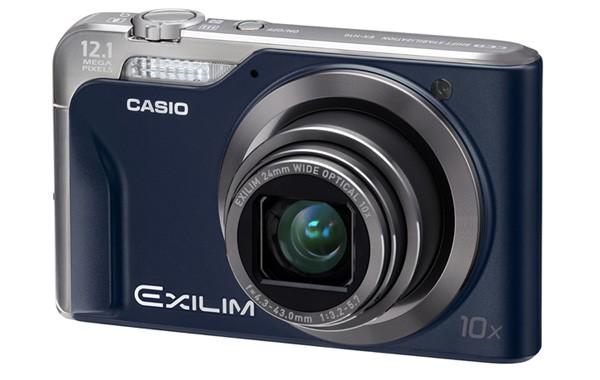 The Exilim EX-H10 superzoom looks just dandy in its minimalist black exterior, but Casio has decided to furnish its Japanese customers with a couple more options. To be fair, our far-Eastern brethren have had to choose between a less classy silver affair and a zany pink number, so they'll probably welcome the newfound diversity. The specs remain the same, of course, with a highly competent 12.1 megapixel sensor, 10x optical zoom and 720p video recording being the highlights, so we wouldn't expect the as yet unannounced prices to differ either. The blue version above will be joined by a gold variant (picture after the break) when the two are released on October 9.

In this article: 720p, anti-shake, casio, casio ex-h10, CasioEx-h10, color, colors, compact, digital camera, DigitalCamera, ex-h10, ex-h10be, ex-h10gd, exilim, exilim ex-h10, ExilimEx-h10, hi-zoom, point and shoot, PointAndShoot, superzoom
All products recommended by Engadget are selected by our editorial team, independent of our parent company. Some of our stories include affiliate links. If you buy something through one of these links, we may earn an affiliate commission.
Share
Tweet
Share