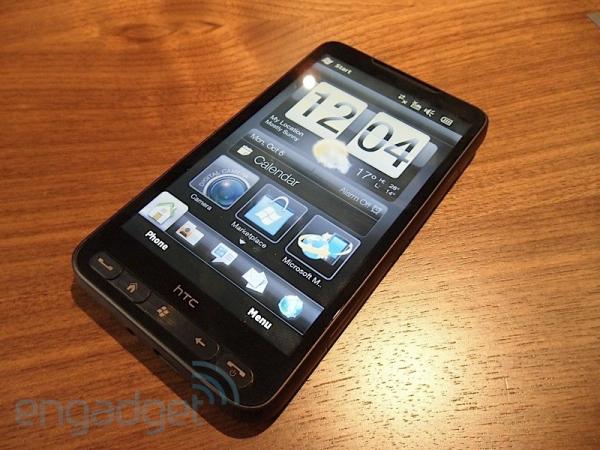 Entelligence is a column by technology strategist and author Michael Gartenberg, a man whose desire for a delicious cup of coffee and a quality New York bagel is dwarfed only by his passion for tech. In these articles, he'll explore where our industry is and where it's going -- on both micro and macro levels -- with the unique wit and insight only he can provide.
A few columns ago, I wrote how folks shouldn't dismiss Windows Mobile. This week, Microsoft released Windows Mobile 6.5 and it's further proof that this OS is very much a serious contender in the mobile OS platform wars. What makes Windows Mobile 6.5 work isn't so much the OS per se, but rather the Windows Phones that are the basis for the ecosystem.

Despite Steve Ballmer himself apologizing for the delay of Window Mobile 7 a few days ago, there's a lot in WinMo 6.5 that Microsoft should be proud of. Overall the OS itself has been tweaked a lot for performance -- I've tried devices that were running WM 6.1 and were upgraded to 6.5 and there's a dramatic difference in speed. Microsoft has also worked hard to make the new OS much more finger friendly, with UI elements that really required a stylus in the past much more usable with a finger instead. There's also some nice integration with new services such at the marketplace for mobile applications and MyPhone synchronization.

That's all well and good, but it's one device that I've had the chance to use for just a few minutes that's really affirmed my view of Windows Mobile viability, and it has me very excited about the platform. It's the new standard for Windows Phones and it's pretty much the device that every other Windows-powered phone is going to need to live up to. It's called the HTC HD2 (code named Leo) and it's a game changer in my opinion.


What makes the HD2 special? Two things: a capacitive screen, which is new on a Windows Mobile device, and the new 1GHz Snapdragon processor under the hood. The HD2 is a slate machine, with a large and gorgeous capacitive 4.3-inch touchscreen that's meant

to work with your fingers and not a stylus, much like the iPhone. The combination of the screen, processor and the optimization that HTC has done with their UI on top of Windows Mobile make for a totally different Windows Mobile experience.

I only used a pre-production device for a few minutes but I was blown away. Everything about this device was fast, smooth, and fluid. Moving from photo to photo was as seamless as any device I've used and HTC also tossed in multitouch to zoom and in out. The onscreen keyboard is an HTC design and I had no problems typing quickly and accurately. I don't mean this as a full review but it does show what the OS is capable of in the right hands.

What does this all mean? Well, despite apologies from Microsoft's executives, there's a lot of viability in this platform. Features ranging from Exchange integration to media support and services can appeal to both business users and consumers. That's important in an age where users have needs in both of those worlds and want to move seamlessly between them, especially when they're mobile. Second. It's not about Windows Mobile 7 or whatever Microsoft decides to call the next version of their mobile OS platform. It's about what vendors are capable of doing with the current OS to create powerful and relevant phones for today's market. Bottom line? If you're dismissive of Windows Phones and Windows Mobile 6.5, you're not looking at the whole picture, and you're certainly not looking at the HD2.


Michael Gartenberg is vice president of strategy and analysis at Interpret, LLC. His weblog can be found at gartenblog.net, and he can be emailed at gartenberg AT gmail DOT com. Views expressed here are his own.
In this article: column, columns, editorial, entelligence, featured, features, hd2, htc, htc hd2, htc leo, HtcHd2, HtcLeo, leo, windows mobile, windows mobile 6.5, WindowsMobile, WindowsMobile6.5, winmo 6.5, Winmo6.5
All products recommended by Engadget are selected by our editorial team, independent of our parent company. Some of our stories include affiliate links. If you buy something through one of these links, we may earn an affiliate commission.
Share
Tweet
Share