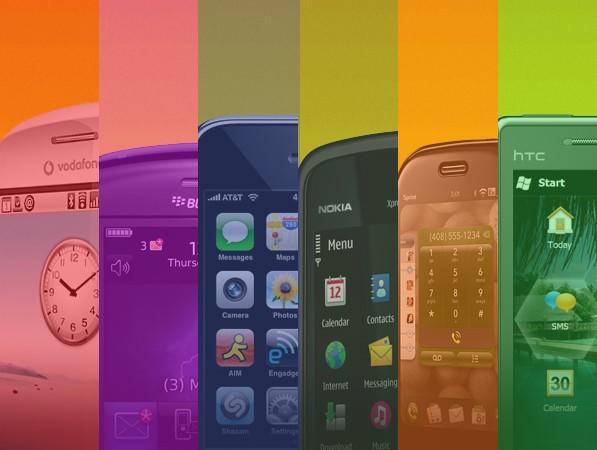 Last week, fellow columnist Ross Rubin talked about the state of mobile platforms and how the era for launching new platforms has come to an end. I tend to take a different view of the mobile market. There are currently six major platforms vying for the hearts and minds of users and third party applications developers -- RIM's Blackberry, Microsoft's Windows Mobile, Apple's iPhone, Nokia's s60, Palm's WebOS and Google's Android -- and there's simply no way the market will support that many device ecosystems. But there may yet be opportunity for other players to enter the market.

This is not a new phenomenon. In the early 80s there were a multitude of personal computing platforms. Atari, Commodore, Radio Shack, Texas Instruments, Apple and even Timex (yes, Timex) all were in the personal computing business, long before IBM entered the game. All survived for a period of time selling to an enthusiast market with a focus on out of the box featuresets. Once the target became the mass market, however, user expectations changed from the out of box experience (which essentially meant programming in Basic) to additional capabilities provided by third party software. The success or failure of each PC platform was decided in no small part by the availability of third party software. Exclusive titles, best of breed titles, and titles that appeared on a given platform first determined winners and losers. The same thing is happening today in the mobile space.


The first wireless email devices (which were the ancestors of today's mobile devices) focused only on the out-of-box experience they provided and the core feature of email (and later on, web browsing). Even though all platforms had some degree of third party support (most notably Palm and Microsoft) most non-enthusiast users did not bother with those apps. Of course, the iPhone and Apple's App Store have changed everything. Apple marketed the iPhone not only to the business professional and the enthusiast but to the mass market. In doing so, it positioned core device features like email, web browsing, and voice as table stakes in the smartphone market. The new differentiator isn't the device itself but the added features provided by third parties.

More importantly, Apple provided a direct conduit for third parties to reach consumers through both iTunes as well as on the device. We've now seen efforts from the other five players to launch their own application stores and begin to reach out in greater ways to third party developers. As with the personal computer, it's these third party developers that are going to define which mobile platform wins wins and which loses. And like the personal computer space, six competing platforms will not all be able to gain sufficient traction to survive over the next three years. While we won't likely see a consolidated market with one overwhelming player as we did in the PC space (how that happened is another story for another day) we will likely see three platforms capturing the lion's share of the market with the rest slowly fading into the sunset along with TI/99a personal computer.

But that doesn't mean the market is closed. When Apple entered the market, there were many skeptics who said their effort was too little and too late. While there would be huge inertia working against any new entrant, we've seen from both Apple and Palm that new platforms can be launched effectively, capturing both mindshare as well as market share. While the PC industry is somewhat stagnating as both Microsoft and Apple prepare to launch new desktop OSes that are far more evolution than revolution, today's mobile platforms have dramatically upped the degree of functionality and capability. But none are perfect. There's plenty of room for innovation in the mobile marketplace -- someone will develop the next platform that leapfrogs the current generation. The question is whether it'll be one of the today's players or someone we've not heard from -- yet.

Michael Gartenberg is vice president of strategy and analysis at Interpret, LLC. His weblog can be found at gartenblog.net, and he can be emailed at gartenberg AT gmail DOT com. Views expressed here are his own.
In this article: android, apple, blackberry, blackberry os, BlackberryOs, column, columns, editorial, entelligence, featured, features, google, iphone os, IphoneOs, microsoft, mobile, mobile platform, MobilePlatform, nokia, palm, rim, s60, symbian, webos, windows mobile, WindowsMobile
All products recommended by Engadget are selected by our editorial team, independent of our parent company. Some of our stories include affiliate links. If you buy something through one of these links, we may earn an affiliate commission.
Share
Tweet
Share