Scribd expands its subscription catalog with over 1,000 magazines 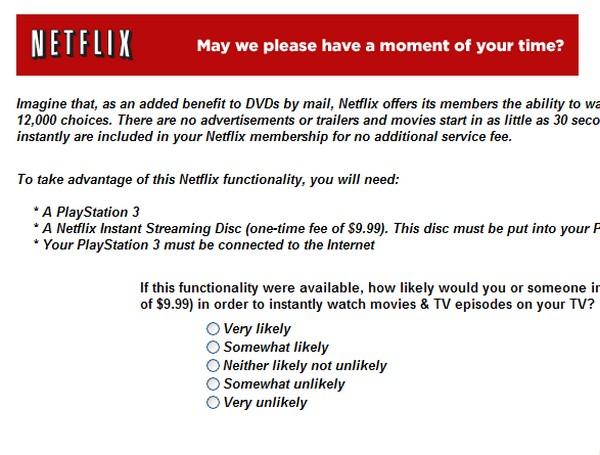 Microsoft's Xbox 360 may call itself the only console to stream Netflix, but all that could be changing -- and soon. As Netflix continues to pull in new subscribers (and cash flow) like it's no big deal, the company is apparently looking to spread its wings even further by integrating its wildly popular Watch Instantly feature into "a device already owned by a large number of consumers." Naturally, the most fitting candidates for that would be Sony's PlayStation 3 or Nintendo's Wii, though the company has yet to come forward with anything concrete. Just so know you, Netflix credits the Xbox 360's streaming integration as the main reason some 2.4 million customers have signed up since late 2008, so it's more than apparent that it loves the game console. Any bets for when this will go down, or are you just plugging your ears in order to avoid potential disappointment?

[Via Joystiq]
In this article: content, films, internet tv, InternetTv, media streaming, MediaStreaming, movies, netflix, online, online tv, OnlineTv, programming, rentals, stock, stream, streaming, watch instantly, WatchInstantly
All products recommended by Engadget are selected by our editorial team, independent of our parent company. Some of our stories include affiliate links. If you buy something through one of these links, we may earn an affiliate commission.
Share
Tweet
Share