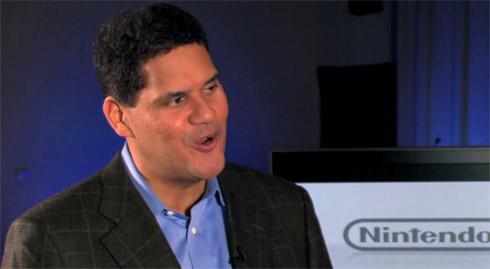 Oh, brother. Here we go again. Just over a year after Nintendo's own Reggie Fils-Aime denied the existence of a forthcoming Wii HD, the bigwig is having to make that very same denial again. Naturally, a few new rumors of an HD-enabled Wii have surfaced since that fateful day in October of 2008, and with the recent price drop, it made sense to think that the Big N might actually be looking ahead. Instead, it seems that it's perfectly content selling hundreds of thousands of consoles that want nothing to do with modern amenities like "HDMI," "1080i" and "things that the PS3 and Xbox 360 have offered since day one." The man's exact quote?

"I don't know how forcefully we can say there is no Wii HD."

And Reggie, we don't know how much more forcefully you can continue to break our hearts.
In this article: console, denial, deny, game console, GameConsole, gaming, hd, nintendo, nintendo wii, NintendoWii, reggie, Reggie Fils-Aime, ReggieFils-aime, rumor, wii, wii 2, wii hd, Wii2, WiiHd
All products recommended by Engadget are selected by our editorial team, independent of our parent company. Some of our stories include affiliate links. If you buy something through one of these links, we may earn an affiliate commission.
Share
Tweet
Share