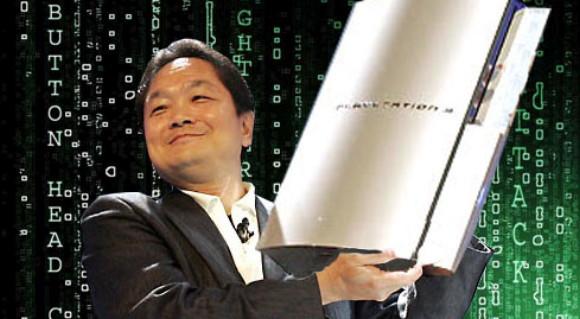 1999 "You can communicate to a new cybercity. Did you see the movie The Matrix? Same interface. Same concept. Starting from next year, you can jack into The Matrix!"

2005 "[We want] consumers to think to themselves 'I will work more hours to buy one'. We want people to feel that they want it, irrespective of anything else."

2006 "It's probably too cheap ... This is the PS3 price. Expensive, cheap -- we don't want you to think of it in terms of game machines. Because the PS3 is like nothing else."

2009 Ken Kutaragi forms his own company: Cybereye-Entertainment, for "next generation Internet service".

True, this isn't entirely gaming-related, but who knows when we'll be able to write about Ken's exploits again! And, to be honest, we've ... we've missed him. He's been out of the spotlight for over two years and no public video game figure since has mastered the unique art of the Kutaragism.

[image]
In this article: cybereye, ken-kutaragi, kutaragi
All products recommended by Engadget are selected by our editorial team, independent of our parent company. Some of our stories include affiliate links. If you buy something through one of these links, we may earn an affiliate commission.
Share
Tweet
Share