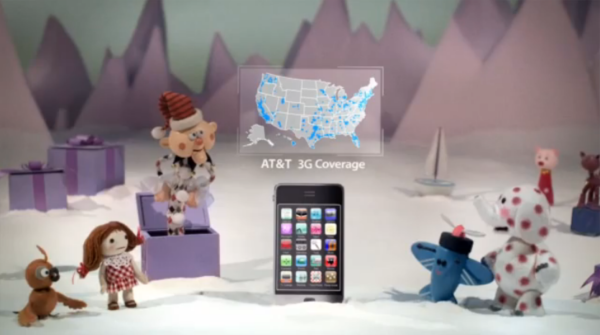 Sure, Verizon's doubled down on the 3G map ads in response to AT&T's false advertising lawsuit, but eventually the company's lawyers had to file a response and, well, ain't nobody backing down in this one. Here's the freaking introduction:

Yeah. It's gonna be like that. Verizon goes on to argue that even AT&T concedes the maps are accurate, and that pulling any of the ads off the air without proof that they're misleading consumers would be unfair, and that at the very least both parties need time to investigate further. Honestly? We've read it over a couple times now and while the legal arguments are certainly interesting, it's hard not to get the impression that Verizon drafted this response with publication in mind -- check out this quote:

In the final analysis, AT&T seeks emergency relief because Verizon's side-by-side, apples-to-apples comparison of its own 3G coverage with AT&T's confirms what the marketplace has been saying for months: AT&T failed to invest adequately in the necessary infrastructure to expand its 3G coverage to support its growth in smartphone business, and the usefulness of its service to smartphone users has suffered accordingly.

See what we mean? Now, we still think there's some merit to the idea that Verizon's ads improperly conflate 3G coverage area with 3G service quality, but that's really not what AT&T's arguing -- hell, it's busy pimping EDGE. We'll see if these two can solve their differences and get back to work, but we've got the feeling this thing ain't over yet.

In this article: att, breaking news, BreakingNews, lawsuit, legal, map for that, MapForThat, theres a map for that, TheresAMapForThat, verizon
All products recommended by Engadget are selected by our editorial team, independent of our parent company. Some of our stories include affiliate links. If you buy something through one of these links, we may earn an affiliate commission.
Share
Tweet
Share