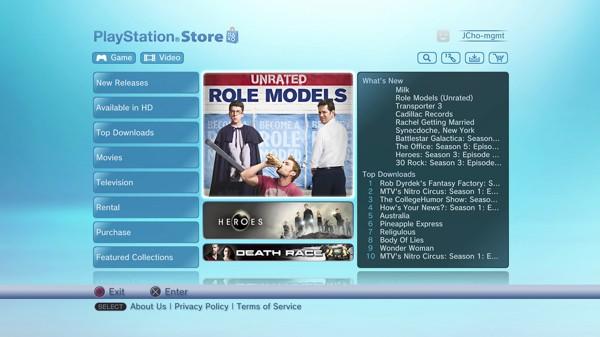 Sony had a big management meeting in Japan today, where the tech giant announced some extremely vague plans for what's initially being called the Sony Online Service -- a new "iTunes-like" service built on the PlayStation Network that will sell books, music, and movies. That's really all we know for now -- Sony execs didn't set a launch date or provide any specifics -- but the move's been rumored for a while and makes total sense, considering Sony's huge investment in running PSN and vast array of products it could tie into the service, like the Reader e-book line, the PSP, and the various Network Walkmans. Now, whether or not Sony can manage to make good on this massive potential remains to be seen -- we've got high hopes, but this isn't a small challenge.
In this article: e-book store, E-bookStore, ebook store, EbookStore, movie, movie store, movies, MovieStore, music, music store, MusicStore, network walkman, NetworkWalkman, online store, OnlineStore, playstation, playstation network, PlaystationNetwork, ps3, psp, reader, sony, sony online service, SonyOnlineService, store, video, video store, VideoStore
All products recommended by Engadget are selected by our editorial team, independent of our parent company. Some of our stories include affiliate links. If you buy something through one of these links, we may earn an affiliate commission.
Share
Tweet
Share