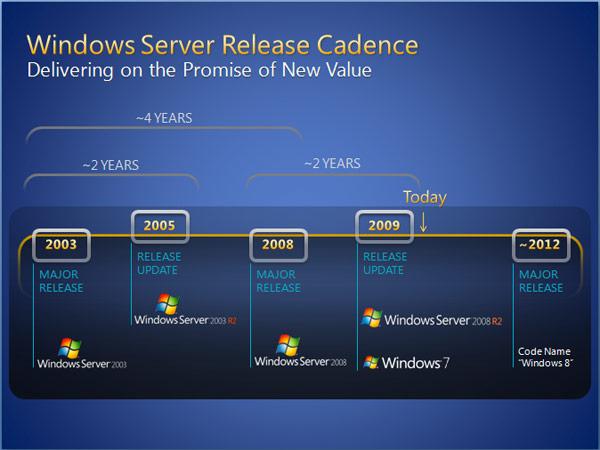 It's somewhat hard to believe that we're already talking about Windows 8 given that Windows 7 just hit the shelves two months ago, but you know the engineers at Microsoft are already planning ahead. According to a roadmap constructed over at Microsoft Kitchen -- based around whispers heard through the grapevine on the eventual release of the next Windows Server -- the next iteration of Windows is tentatively pegged for release in the year 2012. Of course, a three-year window between Windows 7 and the next version is totally believable, but we wouldn't go planning your end of the world party with the assumption that a new OS will be the main attraction. Or you could, but then you might be disappointed, which would be a sucky way to go out.
In this article: 2012, microsoft, operating system, OperatingSystem, os, roadmap, rumor, software, windows, windows 8, windows 8 server, Windows8, Windows8Server
All products recommended by Engadget are selected by our editorial team, independent of our parent company. Some of our stories include affiliate links. If you buy something through one of these links, we may earn an affiliate commission.
Share
Tweet
Share