Sony Ericsson Aino's new firmware update is all about the two S's: stability and stamina

Sony Ericsson's Satio gets new firmware but not yet back on sale, Aino never affected 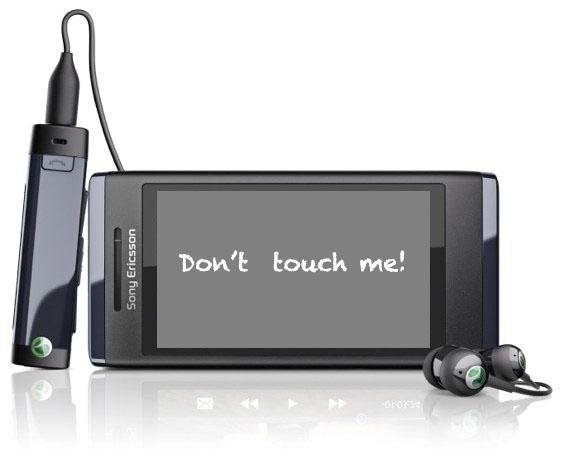 As if the Aino's odd name wasn't handicap enough, Sony Ericsson's taking another hit on its high-end Remote Play-capable full-touch (but Symbian-free) phone today with news that it's got a dodgy touchscreen. It's unclear exactly what's wrong or how it's ultimately going to get resolved, but several British retailers -- most notably behemoth Carphone Warehouse -- have elected to yank it from shelves until they've gotten confirmation that the mothership has fixed the problem. A company spokesman notes that "Aino has sold in limited numbers in the UK, so this issue affects only a very small number of customers," which is a backhanded way of saying "for once, we're incredibly lucky no one wants this thing" -- though considering that the Satio's on hold now, too, "lucky" might not be the right word for it. For what it's worth, Sony's US SonyStyle store is still hawking Ainos for $600, so part with that six-pack of Benjamins at your own risk.

Update: It appears that we somehow misread the source on this story. While the Satio has been pulled from stores, the Aino has not been taken off of shelves. The company clearly acknowledges problems, but SE isn't taking action to remove the device from retail outlets.
In this article: aino, ericsson, recall, sony, sony ericsson, SonyEricsson, touch, touchscreen
All products recommended by Engadget are selected by our editorial team, independent of our parent company. Some of our stories include affiliate links. If you buy something through one of these links, we may earn an affiliate commission.
Share
Tweet
Share