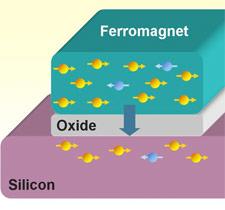 Spintronics -- much like Cook-Out milkshakes and cotton candy for all -- seems like a pipe dream at this point. We've been beaten over the head with theoretical miracles, but we're getting to the point where it's put up or shut up. Thankfully, a team of Dutch boffins are clearly in the same camp, and they've been toiling around the clock in order to achieve spin polarization in non-magnetic semiconductors at ambient temperature. The amazing part here is that "temperature" bit; up until this discovery, spin polarization was only possible at levels of around 150 K, or at temperatures far, far cooler than even your unheated basement. If spintronics could effectively be enacted at room temperature, all those unicorn-approved phenomena we mentioned earlier would have a much greater chance of sliding into the realm of reality. Here's hoping they get this stuff ironed out prior to 2012.

In this article: discovery, dutch, electricity, Energy, ferromagnet, netherlands, research, science, spin, spin electronics, spin polarization, SpinElectronics, SpinPolarization, spintronics, university, University of Twente, UniversityOfTwente
All products recommended by Engadget are selected by our editorial team, independent of our parent company. Some of our stories include affiliate links. If you buy something through one of these links, we may earn an affiliate commission.
Share
Tweet
Share