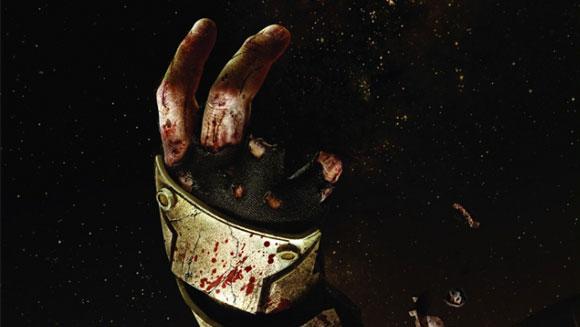 Dead Space 2 is shaping up to be quite the sequel, as executive producer Steve Papoutsis told CVG a lot of what we've heard about the Game Informer cover story is in fact true: engineer Isaac Clarke is a lot more vocal in the sequel and won't be confined to the claustrophobic corridors of the Ishimura. Instead, he's now an inhabitant of the space metropolis Sprawl.

Papoutsis did more than validate suspicions in his interview, as he also pointed out a greater focus on action and telekinesis in the sequel. See, Isaac won't just be able to move objects around, but he'll be able to destroy those objects and employ their debris as offensive weaponry. In fact, Isaac can even use dismembered enemy limbs to kill more enemies. It's kinda like when that bully at recess used to make you punch yourself, except he's sliced your arm off first and is firing it toward you at blue hedgehog-like speed.

Of course, an interview about Dead Space 2 can't go by without discussing the sudden departure of Glen Schofield and Michael Condrey, the two gentlemen now running Sledgehammer Games for Activision. Papoutsis said that most of the team from the first game is on board for the sequel, and that it "takes a lot more than 2 people to make a great game." We hope so, because we have high hopes for this sequel.
In this article: dead-space, dead-space-2, ea, Electronic-Arts, glen-schofield, ishimura, Microsoft, sprawl, steve-papoutsis, telekinesis, visceral-games, Xbox-360
All products recommended by Engadget are selected by our editorial team, independent of our parent company. Some of our stories include affiliate links. If you buy something through one of these links, we may earn an affiliate commission.
Share
Tweet
Share