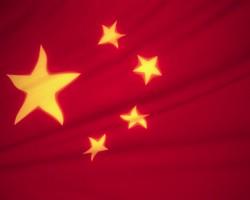 If the sources that Digitimes is reporting are correct, then China can expect to see a few more customized, 3G phones in the coming year. The sources are saying that both Acer and Asustek are planning models for 2010, and that Acer is working with China Mobile and China Unicom to produce TD-SCDMA and WCDMA models while Asustek is reportedly set to release a China-specific Garmin-Asus branded handset for both carriers in 2010 as well. Now, keep in mind of course that none of this has been confirmed by either company as of yet, but the move certainly wouldn't surprise us, either.
In this article: 3g, acer, asus, asustek, cellphone, cellphones, china, garmin, garmin asus, garmin-asus, GarminAsus
All products recommended by Engadget are selected by our editorial team, independent of our parent company. Some of our stories include affiliate links. If you buy something through one of these links, we may earn an affiliate commission.
Share
Tweet
Share