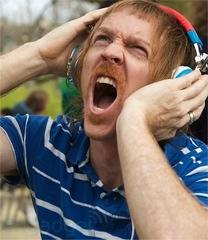 Well, it looks like that iPod hearing loss lawsuit that's been nagging Apple for the past couple of years may finally be going away (in its current form, at least), as the Ninth Circuit Court of Appeals in San Francisco has now affirmed a 2008 district court ruling and rejected a class-action lawsuit that sought to hold Apple responsible for hearing loss allegedly caused by iPods. While that may be a possibility, the court said that the "plaintiffs do not allege the iPods failed to do anything they were designed to do nor do they allege that they, or any others, have suffered or are substantially certain to suffer inevitable hearing loss or other injury from iPod use" -- further adding that, "at most, the plaintiffs plead a potential risk of hearing loss not to themselves, but to other unidentified iPod users," which doesn't quite make the grade for a class-action suit. Not surprisingly, neither Apple nor the plaintiffs are making any comments on the verdict, and we're pretty sure that Apple would like to keep it that way.

In this article: apple, class action, class action lawsuit, class-action, class-action lawsuit, Class-actionLawsuit, ClassAction, ClassActionLawsuit, hearing, hearing loss, HearingLoss, ipod, ipods, lawsuit
All products recommended by Engadget are selected by our editorial team, independent of our parent company. Some of our stories include affiliate links. If you buy something through one of these links, we may earn an affiliate commission.
Share
Tweet
Share