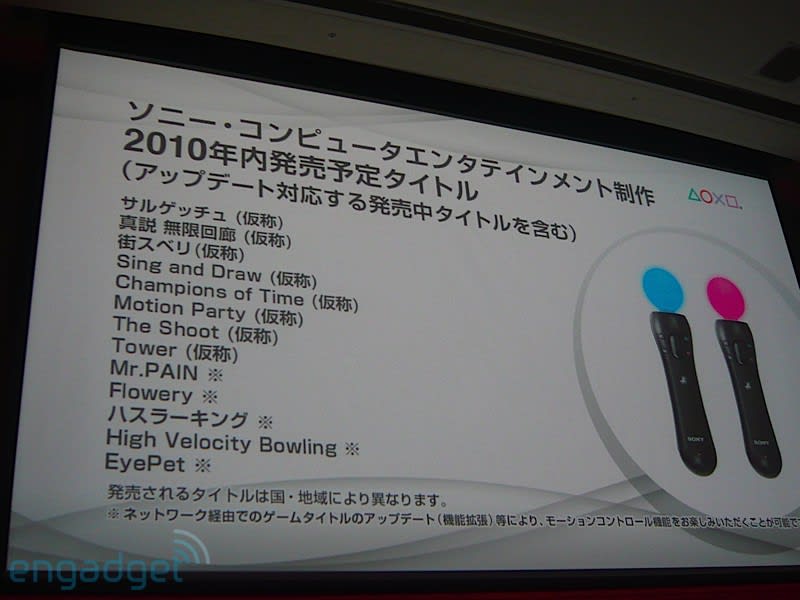 Sure, the company's Tokyo Game Show keynote was a bit of a bore, but in a second press conference for Japanese media, Sony did what it could to make up for it by revealing Biohazard 5: Alternative Edition, the first PS3 title we've heard of to support the new motion controllers -- and better still, it's due out Spring 2010. Also confirmed is the existence of 13 first-party titles with motion support coming at some point next year, including Pain, EyePet and Flower. Both Biohazard 5 (known in the US as Resident Evil 5) and a LittleBigPlanet tech demo were shown on stage, and pics from the announcement are being uploaded now, so stay tuned!

Update: Some new details of the LittleBigPlanet motion control demo from our friend Ittousai of Engadget Japan. In the presentation, one player was playing the normal way via DualShock while a second person was "assisting" by means of the motion control.