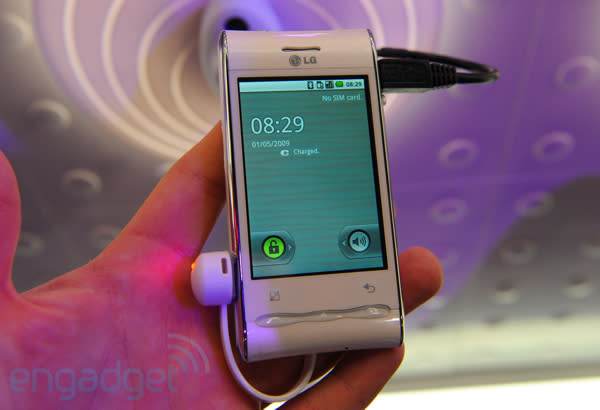 Well, here's a tiny mystery of sorts that's emerged amidst all the hubbub of CES. As the Korea Herald reports, LG CEO Nam Yong reportedly said yesterday that while LG will have smart phones running on Windows Mobile, "about 50 percent of our smart phone models will run on Android." Now, that's not so hard to believe considering the number of LG Android phones we've already seen or heard about, but it is fairly surprising in light of the deal LG and Microsoft announced back at MWC last year, which supposedly made Windows Mobile LG's "primary smartphone OS." Obviously, something doesn't quite add up here, unless by "about half," LG actually means "less than half" -- which seems to be a distinct possibility.

[Thanks, Jules]
In this article: android, ces, ces 2010, Ces2010, lg, microsoft, nam yong, NamYong, smartphone, windows mobile, WindowsMobile
All products recommended by Engadget are selected by our editorial team, independent of our parent company. Some of our stories include affiliate links. If you buy something through one of these links, we may earn an affiliate commission.
Share
Tweet
Share