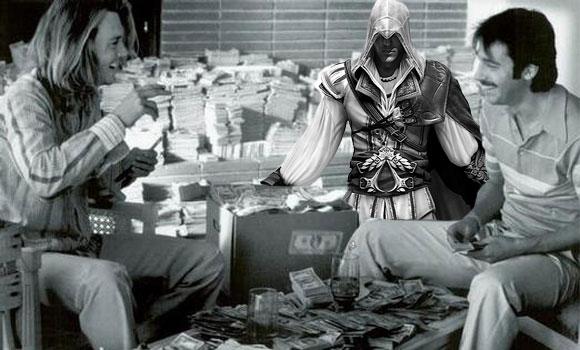 Considering Assassin's Creed 2 managed to stab 1.6 million wallets in its opening week alone, 8.5 million units sold by March isn't that crazy of a forecast. Add star talent and some upcoming DLC to give the game a second wind, and that potential sales figure seems somewhat reasonable -- even for a titlle that doesn't feature machine guns, 'nades and nukes.

When we saw Stern Agee analyst Arvind Bhatia call that very number over on Industry Gamers, we kinda shrugged and thought, "Sure, it's possible." Bhatia says Assassin's Creed 2 was initially off to a slower-than-expected start (thanks Modern Warfare 2!), but for the December quarter, its sales expectations rose "from [roughly] 5.5 million units to 6.5 million units." Thus, Stern Agee raised its sales forecast from 7.5 million to 8.5 million units by the end of March. Hey, we told you the game was good!
In this article: arvind-bhatia, assassins-creed, assassins-creed-2, Microsoft, sales, stern-agee, ubisoft, ubisoft-montreal, Xbox-360
All products recommended by Engadget are selected by our editorial team, independent of our parent company. Some of our stories include affiliate links. If you buy something through one of these links, we may earn an affiliate commission.
Share
Tweet
Share