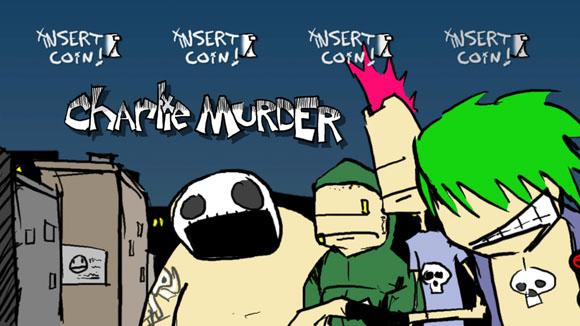 Between Ska Studios' The Dishwasher last year, this year's I MAED A GAM3 W1TH Z0MBIES 1N IT!!!1, and the recent announcement of Charlie Murder for Xbox Live Indie Games, the nascent developer has certainly been establishing a name for itself. The game's Facebook page offers us a first look at the characters and a bit of the gameplay (which seems to be an arcade beat-em' up with punk rockers/zombies), as well as a glimpse into the fictional band's history.

The game's announcement tells us that Charlie Murder follows the eponymous punk rock band on a side-scrolling journey to find the lead singer's girlfriend, Skelekitten, murdering everything in its path along the way. Ska Studios will be heading to PAX East and we've been told there's a "good chance" the game will be there, though a release window of "March 2010" means we might even be playing from the comfort of our couches before that.

5
In this article: charlie-murder, dishwasher-dead-samurai, I-MAED-A-GAM3-W1TH-Z0MB1ES1, james-silva, Microsoft, pax-east, ska-studios, the-dishwasher, the-dishwasher-dead-samurai, xbl, Xbox-360, xbox-live-indie-games
All products recommended by Engadget are selected by our editorial team, independent of our parent company. Some of our stories include affiliate links. If you buy something through one of these links, we may earn an affiliate commission.
Share
Tweet
Share