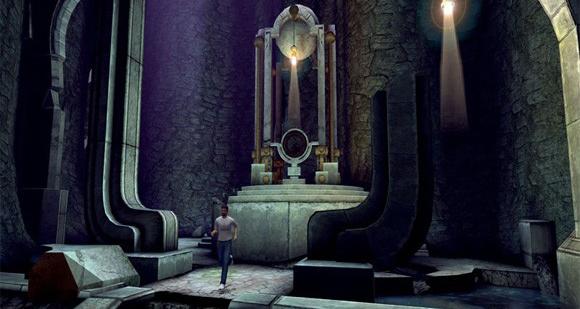 The online multiplayer portion of Cyan Worlds' Uru: Ages Beyond Myst has had about as troubled a past as video games can have. It never made it out of its beta stage when Uru first launched in 2004. Three years later, GameTap opened up servers for the game -- but a lack of subscribers led to them being shut down after just one year. Earlier today, the developer proved its persistence by re-launching the game once more; this time, as a totally free-to-play MMO.

So, once more, with feeling -- you can download and sign up for Myst Online on the game's official site for zero dollars. After that, you and all your friends can start running around, touching glyphs and magic books to your heart's desire.

[Via Big Download]
In this article: cyan-worlds, mmo, myst, myst-online-uru-live, online, uru, uru-ages-beyond-myst
All products recommended by Engadget are selected by our editorial team, independent of our parent company. Some of our stories include affiliate links. If you buy something through one of these links, we may earn an affiliate commission.
Share
Tweet
Share