HTC's streetwear-inspired budget phone arrives in the US 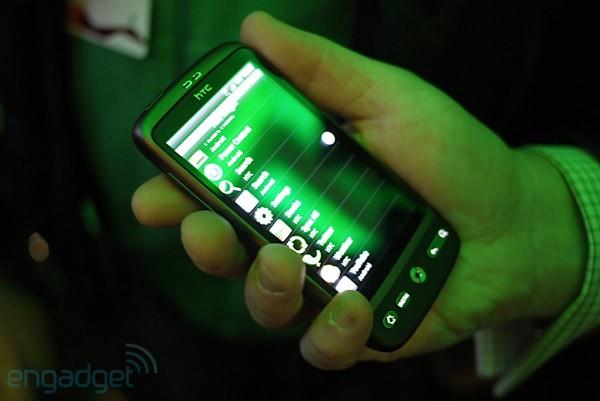 Well, we just got a little up close and personal with HTC's "superphone," the Desire. What you're looking at is basically the Nexus One, sans trackball (though plus an optical touch area). Certainly the specs are the same, though you've got the new Sense UI on board for good measure. At a glance the phone actually doesn't seem as snappy as we were expecting, and there are obviously a few kinks to work out with some of the new Sense concepts (Leap for instance -- the pinch-to-card view -- was giving our demo person some trouble). Still, the Desire is definitely high on our gadget lust list right now. We're obviously reserving final judgment for a later date, but until we get some more time with this guy, feast your eyes on the gallery below.

Update: Added a quick video after the break showing the Sense UI... not behaving.

Update 2: We've been told by an HTC rep that the Sense build on the Desire unit we played with is actually quite early, so it's probably not indicative of the actual performance of the pinch-to-card view. We played with a Legend that had a later, nearly final build of the UI and it was definitely snappier and more responsive. In this article: desire, hands-on, htc, htc desire, HtcDesire, mwc, mwc 2010, Mwc2010, smartphone, snapdragon
All products recommended by Engadget are selected by our editorial team, independent of our parent company. Some of our stories include affiliate links. If you buy something through one of these links, we may earn an affiliate commission.
Share
Tweet
Share