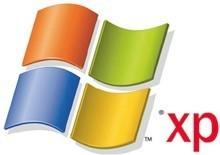 It's hard to imagine a more busy team of lawyers than those on-staff at Microsoft, and while the news isn't always good for them, today they can hold their heads high as a lawsuit filed last year alleging that MS was profiting from so-called "downgrade fees" has finally been dismissed. US District Court Judge Marsha Pechman found that the plaintiff, Emma Alvarado, didn't prove Microsoft was in any way gaining value from these charges. In fact the downgrade fee to move to XP was, in this case, being charged by Lenovo, not Microsoft, and was to cover the additional time it took to physically install that OS over the standard (at the time) Vista. In other words Alvarado missed the mark and in the process surely cost taxpayers and Microsoft thousands and thousands of dollars. Hooray!

In this article: lawsuit, lenovo, microsoft, microsoft lawsuit, MicrosoftLawsuit, windows vista, windows xp, windows xp downgrade, WindowsVista, WindowsXp, WindowsXpDowngrade, xp downgrade, XpDowngrade
All products recommended by Engadget are selected by our editorial team, independent of our parent company. Some of our stories include affiliate links. If you buy something through one of these links, we may earn an affiliate commission.
Share
Tweet
Share