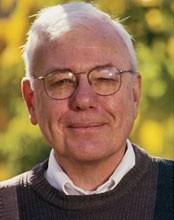 Chuck Thacker may not be quite the same household name as some other computing pioneers, but it's pretty hard to overstate the influence he's had on the industry, a feat for which he's now be honored with the A.M. Turing Award -- widely considered to be the "Nobel prize of computing." While Thacker is now a "Technical Fellow" at Microsoft, he first made a name for himself at Xerox PARC, where he not only helped design and realize the very first modern computer, the Alto, but co-invented Ethernet, and contributed to a range of other projects that have had a lasting impact on computing to this day. Later, while at Microsoft Reseach, Thacker oversaw the design of the very first Tablet PC prototypes, and he continues to lead up a computer-architecture group at the company and be involved with various research efforts. Of course, that's only scratching the surface -- hit up the links below for a more complete background of the man's work, and head on past the break for a short video put together for the occasion by Microsoft.

In this article: a.m. turing award, A.m.TuringAward, alto, award, charles thacker, CharlesThacker, chuck thacker, ChuckThacker, ethernet, tablet pc, TabletPc, thacker, turing, turing award, TuringAward, xerox, xerox alto, xerox parc, XeroxAlto, XeroxParc
All products recommended by Engadget are selected by our editorial team, independent of our parent company. Some of our stories include affiliate links. If you buy something through one of these links, we may earn an affiliate commission.
Share
Tweet
Share