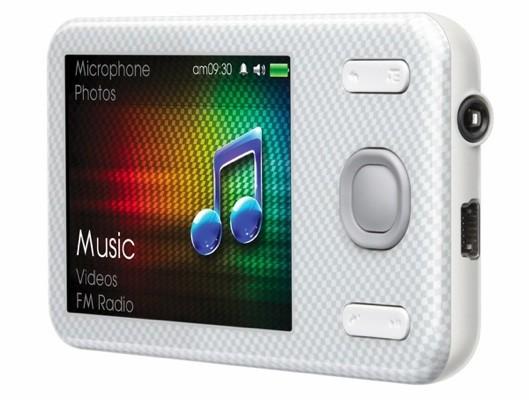 Creative isn't exactly breaking the mold with these, but the company has just announced its new ZEN X-Fi Style and ZEN Style series of portable media players, which both keep things fairly simple and inexpensive. The ZEN X-Fi Style (pictured above) is the higher end of the two, with it packing a 2.4-inch non-touchscreen display, 8GB, 16GB or 32GB of storage, a built-in speaker, microphone and TV out, and the usual X-Fi sound enhancement -- not to mention support for "playback" of downloaded RSS feeds, but no other apparent internet capabilities. It's joined by the ZEN Style 100 and 300, which each pack a 1.8-inch display and 4GB, 8GB or 16GB of storage, along with an added speaker and FM radio on the ZEN Style 300 (pictured after the break). Look for the ZEN X-Fi Style to start shipping on April 14th at prices between $80 and $170, while the two ZEN Style players are available right now for between $50 and $80.

In this article: creative, mp3 player recall, Mp3PlayerRecall, pmp4320, portable media player, PortableMediaPlayer, x-fi style, X-filesIWantToBelieve, X-fiStyle, zen style, zen style 100, zen style 300, zen x-fi style, zenimax, ZenStyle, ZenStyle100, ZenStyle300, ZenX-fiStyle
All products recommended by Engadget are selected by our editorial team, independent of our parent company. Some of our stories include affiliate links. If you buy something through one of these links, we may earn an affiliate commission.
Share
Tweet
Share